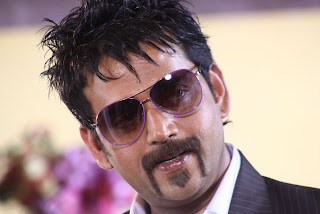 Ravi Kishan, the reigning superstar of Bhojpuri films, has said the Bhojpuri language was not getting its due despite being spoken by one third of the population in the country.

''The Bhopuri language should immediately be included into 8th schedule of the constitution,'' he demanded while speaking at a press conference on the launch of his new flick 'Satyamev Jayate'.

He expressed regret over neglect of Bhojpuri language and said it commanded more respect than what it was getting at present.

Ravi Kishan, who has worked in over 150 Bhojpuri films and about 50 Hindi movies, said not only in India but Bhojpuri language was spoken in some parts of the world as well. ''If this is not so, why the Bhojpuri films become popular in Fizi, Surinam, Mauritius. Batting for separate Poorvanchal state to be carved out from Uttar Pradesh, the cine star said it was a must for the development of eastern parts of UP. He intends to meet UP Chief Minister Mayawati in this regard soon.

In reply to a question,Ravi Kishan denied having any intention to enter active politics.