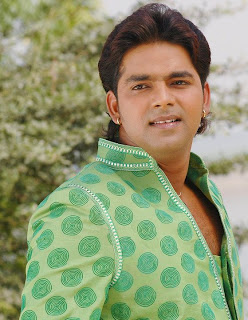 It's a bizarre love-hate story that climaxes in regret: unrequited love, followed by a witch doctor threatening to kill a actress by black magic, which was apparently commissioned by her spurned lover, finally culminating in a public apology.

After an extortionate Bengali baba threatened to kill a Bhojpuri actress by voodoo if she didn't pay him more than what her spurned lover was giving him to bump her off, the lover, also a Bhojpuri actor Pawan singh is sorry.

Following the threat last December, the actor, Pawan Singh, has apologized to Rani Chatterjee (real name Sabiha Sheikh) "about whatever happened" in a letter.
What he is particularly sorry for, although, has been left implicit in the letter, which does not spell out the chain of events or mention the threatening messages. A copy of Singh's apology letter, dated February 5, addressed to Chatterjee and members of the Federation of Western India Cine Employees is available with this paper. "I regret the incident. And such things will not be repeated." Singh has written.

Gulzar Sheikh, who works with Chatterjee, received the letter on her behalf. The members of the federation mentioned in the letter are witnesses to the apology.

Although police investigations could not conclusively prove that Singh had anything to do with the threatening messages, the actor came forward to publicly apologize to Chatterjee.

Email ThisBlogThis!Share to TwitterShare to FacebookShare to Pinterest
Labels: http://4.bp.blogspot.com/-AW_HK2pS8Fo/TWgCs6TWKYI/AAAAAAAAAec/PnBIHCV1Z24/s320/rani.jpg