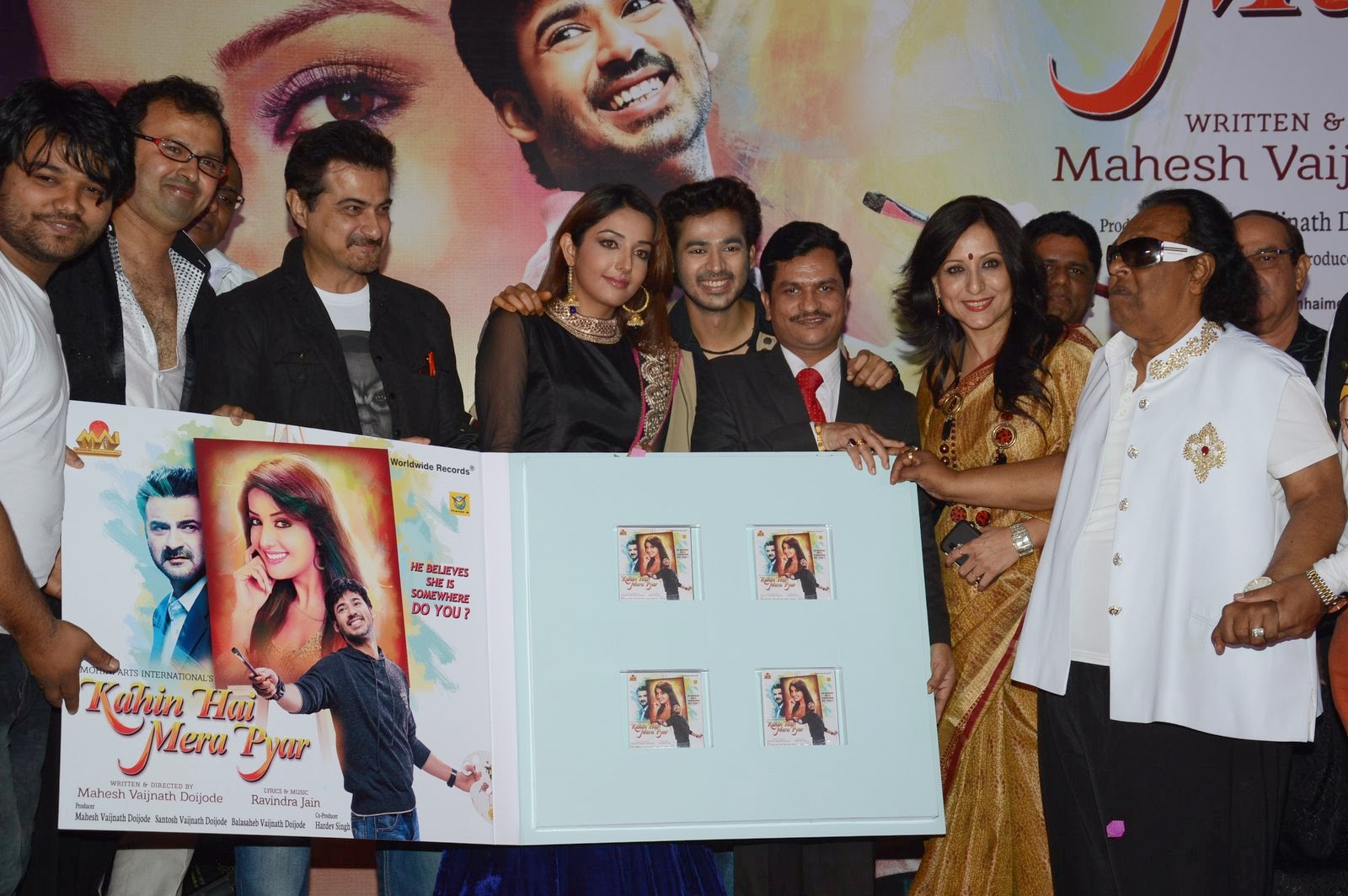 An audio release event of Mohini Arts International's maiden venture ''Kahin Hai Mera Pyar'' was held on 31st March at Novotel Hotel, Juhu. The film is produced by Mahesh Vaijnath Doijode, Santosh Vaijnath Doijode and Balasaheb Vaijnath Doijode and it is written and directed by Mahesh Vijnath Doijode and it stars Sanjay Kapoor, Jackie Shroff and introducing Abhishek Sethiya and Sonia Mann. Ravindra jain has written and composed the songs of the film and the music is released by Worldwide Records.
At the event first the guests were welcomed with bouquets and the traditional lamp was lit to make the auspicious beginning. Later the songs were screened and all the songs were received by thunderous applause. Especially the title song and a gazal sung by Suresh Wadkar became the instant hit.
Later director Mahesh Vaijnath Doijode expressed thanks to all and stand up comedian Sunil Pal entertained the guests with his gigs.Following the event the party began and one must say all three producer brothers played the role of hosts perfectly.
udaybhagat@gmail.com