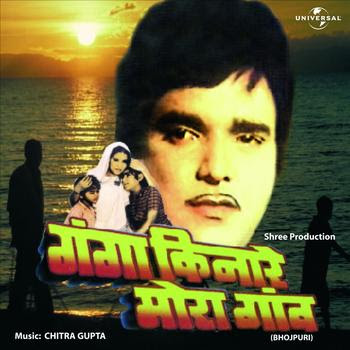 The festival is a brainchild of a group of Bhojpuri film personalities, journalists and social thinkers who have come together to form the Foundation of Media Culture and Cinema Awareness (FMCCA). On the menu are film screenings that represent the decade: Balam Pardesiya, Hamaar Sansaar, Sasura Bada Paise Wala, Desva. There would be cultural performances by Pandit Chhannu Lal Mishra, Sharada Sinha, Malini Awasthi. Bhojpuri superstars Ravi Kissen and Manoj Tiwari will lend their brand of glamour to the event by participating in panel discussions on the history and growth of Bhojpuri cinema. On the cards also is a moving exhibition of 150 Bhojpuri film posters.

“Happy and excited” is Kissen’s feeling at the initiative. “For 50 years we have been entertaining 20 crore people who speak and understand Bhojpuri language. We haven’t had any government support. It’s high time we acknowledged our cinema and this is a way forward,” he adds.

Since its inception Bhojpuri cinema has produced about 450 films. Post the mid 90’s when the industry was revived, the growth has been heartening. About 80 films are produced each year. The budget of an average Bhojpuri film is between Rs 1-1.45 crore. Superstars such as Kissen, Tiwari and Dineshlal Yadav Nirahua charge Rs 50 lakh per movie. Nirahua is the current rage in Patna. The singer-superstar has a cult following post the massive success of Nirahua Rakshawala and Ho Gail Ba Pyar Odhaniya Wali Se. The enterprising young star has his own website. Film critic Ajay Brahmatmaj pegs the steady growth of Bhojpuri cinema on Lalu Prasad Yadav’s politics and Karan Johar’s film-making. “Lalu didn’t create any jobs for Biharis so they had to migrate to Mumbai, Punjab and Chennai and so the market of Bhojpuri films grew beyond Bihar. Meanwhile, Karan Johar started the trend of making NRI specific films. The resulting vacuum in the Hindi belt was filled by Bhojpuri cinema.”

Television has done its bit for the Bhojpuri cinema space too. Kissen, Tiwari, Raja Chaudhary and Shweta Tiwari have all appeared on reality show, Bigg Boss, thereby gaining a pan India appeal. Currently, three satellite channels dedicated to Bhojpuri films and music are on air. “About 50,000 families are supported by Bhojpuri cinema. So many theatre artistes who were jobless have been resurrected,” says Kissen.

This is an industry on an upward swing. Kissen is close to inking a deal with Eros Entertainment to acquire the overseas rights of Bhojpuri films. The FMCCA is preparing a memorandum for Bihar Chief Minister Nitish Kumar and Uttar Pradesh CM Mayawati.