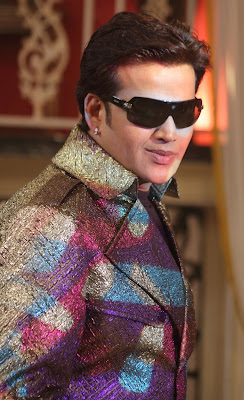 NEW DELHI: As companies look for better returns on their investment and step up focus on regional markets, the small fish in the box office race - from Tamanna and Sonali Kulkarni to Rituparna Sengupta and Ravi Kishan - seem to have become the toast of India Inc.

Consumer products companies from HUL to ITC and Parle Products to Wipro Consumer Care are accelerating signing endorsement deals with regional actors, as they seek to connect better with the masses in different states.

Not convinced? Check this out:

Biscuit maker Parle Products dropped superstar Aamir Khan and hired Bhojpuri actor Ravi Kishan for its Monaco brand a couple of months back. Wipro Consumer Products, which uses Katrina Kaif for Yardley and Juhi Chawla for Safe Wash detergents nationally, has just signed on Tamil and Telugu film actress Tamanna for one of its soap brands. And, despite Deepika Padukone endorsing Nescafe nationally, Nestle has signed on a big name in the South - the deal is expected to be formalised shortly.

The basic idea is to appeal to regional consumers who may not have much exposure to the Hindi film industry. In most places in the country, particularly in Tamil Nadu and Andhra Pradesh, regional films and actors are much more popular than their Bollywood counterparts. "The key reason for regional brand ambassadors, we believe, is to establish a relationship between the brand ambassador and consumers who can relate to the former with ease," says ITC marketing head for personal care products Nilanjan Mukherjee.

Marketers, however, insist that it's not always cheaper to sign a regional star.

Telugu superstar Mahesh Babu, who is aligned with cigarettes-to-hotels group ITC, for example, commands a fee that matches national actors. But a smaller actor like Bhojpuri star Ravi Kishan can be roped in for 10% the fee of what an Aamir Khan charges. Even then, having regional celebrities may prove costlier because brands will need different ones for different regions. "At times firms spend as much or even more on regional endorsements. That's because they have to replace one national celebrity with, say, four smaller ones," says talent management firm Alchemist MD Manish Porwal.

Marketers say the strategy is effective more often than not.

"We have seen in select cases that such ads are able to build quicker brand recall," says

"In case endorsements by regional actors can add value to the creative story line, we will evaluate using them again," Porwal says.

Wipro has now roped in Tamanna as well.

Many brands go for both national brand ambassadors and regional ones, to make the best of both the worlds.

Cooking and hair oil firm Marico , for example, has Ansushka Sharma, Vidya Balan and Chitrangada Singh as all-India endorsers for its Parachute and Nihar brands besides a slew of regional actors: Kavya Madhavan for Kerala, Bhumika Chawla for Andhra Pradesh, Tamanna for Tamil Nadu and Rituparna Sengupta for the East.

ITC marketing head for personal care products Nilanjan Mukherjee says, "The key reason for regional brand ambassadors, we believe, is to establish a relationship between the brand ambassador and consumers who can relate to the former with ease."
Posted by live Manoranjan at 2:30:00 PM